A cop is assigned to a case of escorting a criminal to Japan while dealing with relationship problems, and his enormous change in appearance as a result of being dumped.

Enter the Fat Dragon is a 2020 Hong Kong martial arts film written and directed by Kenji Tanigaki and Wong Jing.

The film is a remake of Sammo Hung’s 1978 film of the same name, and stars Donnie Yen, along with Teresa Mo, Niki Chow and Wong Jing himself in supporting roles.

A fit police officer becomes overweight after being posted to evidence room and also as a consequence of emotional issues. He is sent to Japan on a mission with a promise of transfer. He fails his mission because of the unsupportive police force.

He is forced to be a crimebuster in Japan using his martial arts prowess and with the aid of his Japanese translator. 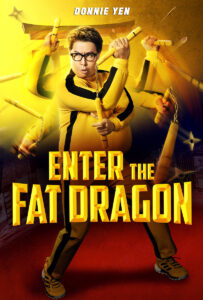